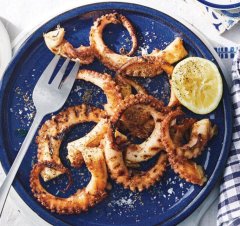 The Brits have passed new legislation The Animal Welfare (Sentience) Act 2022 [Full text] to promote animal welfare. Or at least not animal welfare directly but the Act does require the establishment of a committee appointed by the Secretary of State for Environment, Food and Rural Affairs DEFRA to review future government policy and legislation to determine whether animal welfare will be affected.  There are no teeth in cephalopods to this act, but it is surely A Good Thing, to force some reflection on the unintended consequences of making laws to benefit [some sections of] humanity.

It's clear that this act has been drafted by a committee of advocates who have been only distantly guided by evolutionary relationships. I have pedantically avoided using 'reptiles' in my list of vertebrate types because picture-book "reptiles" are descended from multiple evolutionary ancestors. Likewise, most "fish" are swept into the clade gnathostomes along with birds and mammals [and reptiles] while lampreys and hagfish are outside this family-by-descent and so shouldn't be binned with Dover sole  Solea solea or Lemon sole Microstomus kitt [both prev]. Cogitations about whether dogs and horses have souls are outside the scope of this essay.

My pal Cédric was excessively phylogenetic in his determination of what was fit to eat. It was hard to tell if he was merely guying ovolacto"vegetarians" and/or piscatarians. Cédric's position was that is was ethical to eat Protostomes but not Deuterostomes. This distinction hinges on whether as early embryos, a single hole develops [Protostomata] into the anus and the mouth, if any, is ripped later on. OR if there are two holes [Deuterostomata] mouth and anus from the beginning. Protostomes are are effectively vertebrates and echinoderms and this peculiarity of development causes us to recognise that sea-urchins ad star-fish are a five-armed sister group to vertebrates. Cédric can eat crabs and polpo, therefore, but not eggs or halibut. He'll have to talk to his rabbi / phylogeneticist about whether cheese is kosher.

tl;dr: gives its soundbyte on the new Act, noting that the transcript of their vid is longer than the Act.