Grim is the underworld

Gahhhd, I spend a lot of time swiping swiping swiping unsatisfied through the back-catalogue of Borrowbox, the Irish libraries repository of audiobooks. I think you'd be pretty well server if your taste is for bodice-rippers or whodunnits but not so much if you prefer non-fiction. Nevertheless, since I discovered this capability in my SIMless smartphone in June 2020, I've been edutained by 44 earbooks (and 5 ebooks): that's better than 2/month. Given that the loan period is 20 days, I've had something on the go pretty much all that time. I've only given up on one book and that was recommended YA fiction. I guess I've reviewed most of these reads here on The Blob. 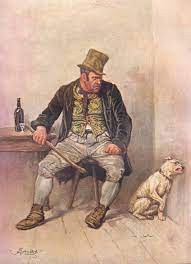 I was close to tears of rage and despair when I finished The Secret Barrister: Stories of the Law and How It's Broken (2018) book by "The Secret Barrister". This is an exposé of how the English legal system is a parody of justice from someone who has, through eloquence and hard work, on the balance of probability been responsible for miscarriages of justice. The most compelling case for this was when SB defended Bill Sykes a fat slobby smugly patriarchal father accused by his two now grown-up daughters of sexually abusing them as small children. He got off largely because at least one of the daughters had really gone off the rails as a teenager and embraced a range of anti-social behaviours including lying and telling fancifully disturbing tales at school and to the string of social workers who had served the family through the years. And of course, because the young women had no money, they were served by a random criminal barrister appointed by the Crown Prosecution Service CPS.

Spare yourself from asking the criminal barrister's FAQ "how do you square your conscience with defending bad people?" because even fat slobby smugly patriarchal people deserve justice law just like squeaky clean you-and-me. Indeed, the ugly and scummy need good lawyers more than us because stitching up the usual suspects is one way the police can massage their conviction statistics. Beacuse, the Home Office loves statistics, benchmarks and guidelines: nobody can measure justice but the HO can insist of those at the coal-face of law meet targets.

The SB's contemptuous rage is targetted at the targetteers: the legislators in parliament who from utterly base motives [and/or to get re-elected by people who get their opinions from the red-tops] want to be seen to be tough on crime. Tough on crime means giving mandatory six month sentences to juveniles who are carrying a knife. It's hard work and costs money to investigate why some cohorts of English society have agreed that a knife is an important accessory when you're out on The Street. And it becomes a self-fulfilling prophecy when young Tyron gets well criminalized during his time in detention with much tougher slightly older desperados. But retain some of your spittle for Magistrates who are judge and jury, despite being pathetically ignorant of what the actual law of the land is . . . especially if the actual law disagrees with their choleric, blimpish, patriarchal certainties.

Further legislation has eroded the amount paid to public defenders through legal aid, so that they either take cases as loss leaders or do a perfunctory job of defense in order to keep their hourly rate above the minimum wage. Because a successful day in court is the icing on a lot more hours or days of work preparing the cake. The age profile of criminal barristers is increasing as their are fewer young recruits as the conditions [read rate of pay and hours of work] are eroded by cost-cutting by government. Everyone wants to be tough on crime, even if it means that the dispossessed get no justice. I can't begin to write about the Innocence Tax without looking for my brand and pitchfork.

Patriarchal me assumed that The Secret Barrister is a man, because the audiobook was read by Jack Hawkins. But I may be wrong, at the Oxford Union, the SB was voiced by a woman. Women can certain sure be barristers - we're not in the 19thC any more.

But then again my father used to further enrage my childish self by saying "Life isn't fair". It's a lot fairer for me than it is for the travellers down the nearest halting site.