I had my second [first] essential to the progress of science jaunt up to Dublin last Friday. The problem with Irish Rail is that the timetable is full of legacy, inertia and crankiness. For example, the ferry from Pembroke in Wales pulls into Rosslare Harbour at 0645 hours and foot passengers are just in time to see the train leave the station at 0720 forcing them to kick their heels in Rosslare for 4½ hours until the next train for points North & civilisation. With only 5 trains a day each way [3 only on weekends], you can't schedule your journey to snuggly bracket a meeting or a bit of shopping.

But a different mindset can turn the 'dead time' in Dublin into a positive. Dau.I the Librarian met me at the station and we hung out for a couple of hours until my meeting. That was great, first we did a bit of lite shopping so I could [✓] my Kris Kingle box and then we stopped supporting the economy and went and sat in the Wintery sun on a bench in TCD's College Park. It was lovely, a bit like hangin' out with her mother when we were bone-poor students in the 1970s and a cup of coffee was a huge bite out of the weekly budget.

Dau.I is one term down in her Master's in Librarian Woo [MLW] and one of her assignments is to decide on the Dewey Decimal Classification for a tuthree recently published books. DDC is a 19thC patriarch's way of breaking down the bookiverse into a meaningful hierarchical classification:

The commonality of her task seemed to be working out the primacy of the content of a book. Should a History of Guinness Peat Aviation be filed under Transport, Irish History or Hubris? There is no right answer here but librarianship students have to think about, and justify, their decision. That's cool. It matters because any branch library is only going to order one copy of such a book for its patrons and the book will, according, to its DDC, finish up on This Shelf rather than That Shelf which will make it more or less likely to be borrowed by an interested browser. 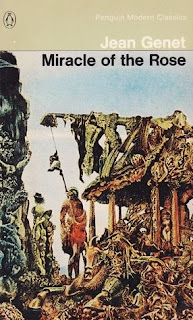 Because we are both a bit down with the gays we talked about the pros and cons of hiving off all the BLT books into a separate rainbow section. You might think that is a Good Idea: making it easier for the marginalised to get what they want to read as efficiently as possible - a bit like having a children's section in most branch libraries in the country. But imo ghettoization is rarely a good idea. And you might suspect that taking that kind of stuff off the general shelves is more a don't frighten the horses courtesy to straight readers. Apparently Wexford Library Service puts specific stickers on certain categories of book upon accession - a 🗡️ for crime,

for BTLit etc. - and shelves them with everything else. But really what constitutes LGBT+ literature? Fun Home? Oranges are not the Only Fruit? The Miracle of the Rose? Lord of the Rings? And does a passing mention of a same-sex snog whoosh a book onto the colour shelves?

To show how silly that could get, I suggested that librarians, especially in coastal boroughs, could frame sailing in the same way. Obviously The Cape Horn Breed, Moby 🐋 Dick, lots of WW Jacobs, pretty much all of Joseph Conrad, The Spanish Armada, Mayflower Pilgrims, Swallows and Amazons, and the screenplay for Titanic would all need waterproof covers. But what about a novel where a character called Halyard crosses the Thames on the Woolwich ferry?  Is that Genl. Lit or Nautical?  It would take a librarian with far more self-certainty than me or Dau.I to answer that question.