I went to college, I stuck out the full four years, I landed a marginal degree that wouldn't norrmally qualify me for further study. A happy accident [you make your own luck] hoiked me out of an all wet job mopping floors and building aquariums in Rotterdam and having a NDE which landed me in Graduate School in Boston. I'd like to say that . . . the rest is history because I'm currently holding down an academic job as I approach retirement. But that would create entirely the wrong impression. My PhD didn't secure me a job-for-life, it opened the door to a succession of short-term contracts in two different countries and five different Institutions. The longest contract I've had is 3 years and the shortest [happened twice] was six weeks.  On top of that, I've retired early and retired often; taking gap years and suffering several years of part-time short-term contracts: the last in 2012 when I was working one day a week. Meneer Donker, the old guy who was sergeant at Blijdorp in Rotterdam, begged me to stay in Afdeling Vissen: I would be a shoo-in for his job when he retired in 5 or 6 years time. That's a, two roads in the yellow wood, might-have-been.I'm  not making the case that having a degree has made my life happy, or happier; my life has been what it is and I'm not complaining. 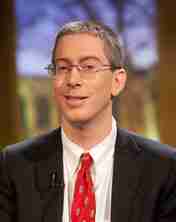 Here's a bloke [Prof Bryan Caplan L] whose educational attainments did land him a dream job - tenure as a Professor in a smart US University. And here he is dissing universal college as a concept for separating sheep from goats and/or giving the recipients any useful life skills. tl;dr here is the executive summary in his own words

"The labor market doesn’t pay you for the useless subjects you master; it pays you for the preexisting traits you signal by mastering them. This is not a fringe idea. Michael Spence, Kenneth Arrow, and Joseph Stiglitz—all Nobel laureates in economics—made seminal contributions to the theory of educational signaling. Every college student who does the least work required to get good grades silently endorses the theory. But signaling plays almost no role in public discourse or policy making. As a society, we continue to push ever larger numbers of students into ever higher levels of education. The main effect is not better jobs or greater skill levels, but a credentialist arms race."

It's a bit like burglar alarms. You dare not omit this illusion of defense, so everyone buys one but the rate of house-breaking continues the same . . . but we're all €x00 in the hole to sport a coloured box above the front door; or €x000 poorer for system that works. There is data to show that if you have a degree your lifetime earnings will be 75% higher SO families scrimp and save to get to college. But the beneficiaries are those who are house-trained / institutionalised aNNyway. College doesn't make them better prospects, it just acts as a winnowing floor to exclude the youngsters without stamina, with a low threshold for boredom; while including the biddable and docile with a reasonably well developed sense of time-keeping. These are desirable character traits in the modern work-place too.  It is vanishingly unlikely that anything you learn in college will be useful at work. Your employer will want to train you in their way of doing things in any case. Anyone who successful does college later, while holding down a job, in something like Open University is A God and employers should always interview such candidates.

The benefits of college are little to do with the curriculum or content; it's more the intangibles - meeting your spouse, getting hammered with your mates, getting in some sports time and, hopefully seeing some films with sub-titles.
Posted by BobTheScientist at 08:03