Cobber, stick to your last

We were just about halfway through a microbiology laboratory session yesterday afternoon when the lights went out and the lab fridge started beeping in an annoyingly persistent way. It was a power cut, and as people's smartphones started to light up it was revealed that the outage involved the whole Institute . . . and the school next door . . . the whole town . . . a village 15 km down the road. The class was in the business of performing a spore-stain on bacteria originally isolated from soil.  The protocol requires smearing the bacteria on a glass slide, adding a virulent green stain and then bringing it to the boil, cooling it down, rinsing the slide and 'counter-staining' with another dye.  It takes about 10 minutes of tricking about and then you can view your preparation under a microscope to see if your sample is capable of producing a spore to weather hard times or if it just pegs out and dies. There are few things that give a beginning scientist more satisfaction than a really good microscopic preparation that a) s/he has made and b) looks intrinsically pretty. In the prep above you can see that most of the bacteria are stained a uniform pink but that some of them have a greeny-blue blob inside them - that blob is the spore and its location (end, centred, off-centre as here) and size is diagnostic for the species.  The power-cut occurred just as the staining process was ending and before we needed the microscopes to see the results.  Students being people, when the electricity failed and their microscopes became unavailable, most of them started to gather their traps together for an early departure.  But three of them stayed to finish the task, dry off the microscope slide and leave it with me for viewing the following week.  I congratulated them on their commitment because I'd been in a similar position myself when I was their age 40 years ago.

In my case, we'd been in a practical session trying to observe polytene chromosomes in the salivary glands of the larvae of Drosophila melanogaster, the fruit-fly which has made such a contribution to the science of genetics over the last 100+ years. The larvae are the maggoty flightless juveniles which cruise over rotting apples gobbing out digestive juices in their saliva and sucking it all down to grow strong enough to pupate and get reborn as an adult fly.  They need to make a lot of digestive enzymes to deal with this food-source, and enzymes are proteins which are made from genes located on the chromosomes. One way to beef up the enzyme supply is to double and double and double the DNA of each chromosome strand until it is a great thick braid made of maybe 1024x copies of each DNA thread and clearly visible under a microscope. I have included a picture of these objects which can be stained a pretty mix of dark and pale pink.  The pattern of dark and pale is absolutely reproducible and diagnostic of the species of fruit-fly and the region of each chromosome. Tracking the changes in these microscopic 'banding patterns' to match gross changes in the colour and shape and hairiness of the eyes, wings and body of different flies helped nail down the fact that chromosomes did indeed contain the hereditary material about 50 years before Crick and Watson worked out the structure of DNA. Barbara McClintock made similar contributions matching chromosomal anomalies with oddities in the shape and colour of maize (Zea mays) kernels. 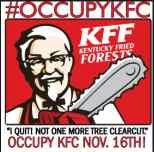 ANNyway, in 1975 we were tasked to follow in the footsteps of Calvin "polytene" Bridges by pulling the heads of Drosophila larvae in such a way as to expose the salivary glands and their giant chromosomes. Essentially the same process is carried a million times a day as forests chickens are eviscerated for Kentucky Fried, except that each larva is about 4mm long. In other words it was eye-crossing work that required some dexterity and a lot of application until you worked out what amount of pull applied to what part of the head would do the trick. We had a lot of larvae to practice on, but it also required patience and repetition and muscle-memory and none of this could be learned from being told or from reading a book. After nearly an hour of (very) trying <BARrinnnnnngggg!!> an alarm went off and we were all told to evacuate the building because of a bomb threat.  This was less than 300 days after one of the 17th May 1974 Dublin car-bombs had been detonated less than 300m from the place where I was working. so I should have used that as an excuse to finish for the day and go home.  But I didn't, I stuck at it, in the empty building, no longer distracted by the sighs and curses of my neighbours, and about 15 minutes later pulled like Goldilocks and the diminutive salivary glands plooked out on the slide ready for staining. Staining was easy enough and I was the only one in that year's class who succeeded in seeing freshly prepared polytene chromosomes. They looked gorgeous. In my not notably auspicious career in science, that was one of my proudest moments.  See, I'm still talking about it 40 years on.
Posted by BobTheScientist at 07:29