The Boy and his family are over in Ireland and spent the first weekend hanging out with their young-parent pals on the Waterford coast.  I used that as an excuse to go down for a bit of beachcombing, catching the 10am low-tide at Annestown, Boat Strand and Knockmahon.  Depending on what's cooking in my head, and what I believe we "need" on the farm, I go for rope, drift-wood, buoys or fish-boxes. Seen: hundreds of plastic bottles, a single chainsaw boot (without a foot inside it), deflated footballs, miscellaneous clogs and sneakers, shards of children's toys, tangles of fish-net but only 3 small buoys and a cracked Foyle Fisheries fish-box (Unauthorised Use Prohibited: you can come and collect it anytime, lads). The signal-to-noise ratio was shockin' poor.  But I did encounter the next two generations on the strand at Bunmahon: a handful of small girls in wellington boots building a sandcastle with an outsized spade while their parents stood around wishing and hoping for a few minutes of warming sunshine. I told the dads about my poor haul and reflected that, in the 1960s, when we regularly used to spend a chilly and sandy week at The Hotel, Duncannon, there were no plastic bottles and generally much less egregious crap at the tide line.  In just fifty years we have littered, despoiled and befouled the places where children used to play.

As it happens, it is just 50 years (14 April 1964) since Rachel Carson died of metastasizing breast cancer at the age of 56.  That's a pretty rough hand to have been dealt, but she was no stranger to badly timed death.  She never finished her doctorate at Johns Hopkins because she couldn't afford to continue her studies. She was born on 27 May 1907 (tday=bday!) and grew up on a 64 acre farm which never quite paid its way. When her father died in 1935, that was the end of her education.  Her older brother and sister never finished high school let alone had the luxury of college and now Rachel felt obliged to take a paying job to help support her mother and lone-parent sister. Two years later, her sister died, leaving two nieces to be cared for by Rachel and her mother. A generation later, when one of these girls also died early, Rachel adopted her son Roger and moved to his home in Silver Springs, MD.

Rachel was a bookish child, who wandered and wondered about the natural world but also learned (practice, practice, practice) to write beautiful prose.  One of her earliest paying jobs with the US Department of Fisheries was writing a year's worth of weekly radio scripts about things wet: she got $6.50 a day, two days a week for 8 months. Heeding the relentless call for copy takes a certain stamina and steel which isn't in all of us; indeed several previous USDF employees had failed to deliver. Stephen J Gould (This View of Life, in Natural History) and Martin Gardner (Mathematical Games, in Scientific American) turned in 3000 words every month for 25 years. Carson did the the same with a different medium, a different era, different chromosomes and a different life-span.  Her radio column was successful so she was taken onto the payroll as a 'junior aquatic biologist'.  She became an ace science editor, taking the geekisms and poor syntax of the government scientists and turning it into readable, informative and engaging scientific papers, pamphlets, brochures and press-releases. We would never have heard of her, as we never hear about most women working in and on the fringes of science, but for her line-manager Elmer Higgins who suggested she rework one of her articles and send it in to The Atlantic Monthly.  That led to a contract to write a book, which became a trilogy about the blue part of our blue planet: Under the Sea Wind (1941), The Sea Around Us (1951) and The Edge of the Sea (1955).  Those were the days when a sense of amazement and wonder about the sea in all its power and diversity could be put out unapologetically because we-of-the-west had not yet sullied it too badly.  The Sea Around Us won a National book award and was in the NYT best-seller list for a year and a half, shifting 250,000 copies for OUP in the year of publication, and for good reason.

Even her day job was illuminated by clear writing, attention to detail, and an insistence that there was no point in putting out cheap and shoddy public service information booklets - nobody would want to read them. She wrote four of the series of 12 bookletsvon the National Wildlife Refuges and edited the rest.  They are still valuable and good to look at now; some say they are among the best US Government publications ever produced.  Better, probably, than what we'd put out today where glossy paper and 'design' would elbow aside the scientific information. Again, public service brochures are not at the sexy end of writing, whatever their infrastructural value to society, and we have forgotten about these her contributions almost entirely. 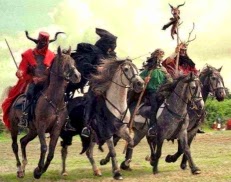 Her enduring legacy lies in the book Silent Spring which looks critically at the hubris of Western technologists after the Second World War.  For them, every problem had a solution. There was nothing we in The West should have to endure - pestilence, famine, war and death - could all be kept at arms length by technological advance. She came across DDT first in a series of memos coming across her desk in the US Fish and Wildlife Service which noted its detrimental effect on vertebrate life, especially at the top of the food chain. She had, therefore, to explain the concept of bio-accumulation to the readers of her last general science book.  One of the pervasive metaphors of the time, stemming partly from the 1940 film Dr Ehrlich's Magic Bullet, was that science could precisely/surgically take out the Bad-Hats (in the film's case Treponema pallidum the cause of syphilis) and leave the Goodies unscathed. It's only with 20/20 hindsight that we can embrace the concept of 'good bacteria'. Nevertheless, Carson was pedantic that the 'pesticides' of DuPont and the USDA should be better termed 'biocides' because of their gross lack of precision. "Caedite eos! Novit enim Dominus qui sunt eius"  The catalysing cock-up which started her researching and writing Silent Spring was the response to Solenopsis invicta, RIFA, the red imported fire-ant. RIFA is an annoying pest, with painful and persisting bite, it causes $billions of economic loss in the Southern US by interdicting livestock from the area round their nests and sending people and livestock off for medical treatment. But the FDA approved countermeasure - a chlorinated hydrocarbon called Mirex, was especially effective in killing the native ant-species that were limiting RIFA through ecological competition.  So the big-gun technological solution turned out, after years of unquestioning application, to be worse than doing nothing at all.  Quite apart from the possible carcinogenic activity and definite as a disruptor hormone analogue like BPA.

Carson didn't last long after Silent Spring was published. She was subjected to outrageous ad hominem attacks by the vested interests that were making (DuPont, American Cyanamid) and broadcasting (USDA, farmers) a cocktail of chemical toxins to deal with agricultural and medical insect pests. It took decades of research to establish the extent of the ecological damage wrought by humunkind in our efforts to keep everything for ourselves and destroy anything that wanted a share.  But even as she was dying, she spoke to Congress and she managed a canny publicity campaign to ensure that her message was heard.

Fifty years later we can still hear the echo of her voice.

Posted by BobTheScientist at 20:52