My latest Borrowbox 👂earbook is Coders: The Making of a New Tribe and the Remaking of the World [Penguin 2019] by Clive Thompson, who writes for the NYT and Wired. It's read rather well by Rene Ruiz and is an interesting dive into TechBro culture and its sense of manifest destiny: the delusion that Silicon Valley is a meritocracy. All those white frat-boys who retired on their money before they turned 30 and believe that the $$$s showered down because of their unique native genius. There is a shiver of truth in that someone had to have the idea (and someone had to implement it in code) which changed how millions of people interact with the world.  But lots of .com millionaires were just adequate coders who were available when required . . . and prepared to pull a few all-nighters to prepare product for launch day.

So now we have a FAANG culture driven by Harvard and Stanford math-geek graduates - and their wannabees - who are complacent in their bubble, intolerant of difference, and profoundly ignorant about the real world. Facial recognition software that is excellent at distinguishing one spotty white face from another but flags all black faces as "gorilla". That sort of thing is a failure of imagination as well as ethics. It all your bros did the vom in Harvard Yard back in the day because they couldn't hold their liquor, then there is nobody to pull you up on the narrowness of your worldview. Foosball in the Google workplace? That seems a peculiarly adolescent perk to have fitted as standard.

Thompson unpicks this sense of entitlement with several compelling counter-examples. The most obvious one is the up-and-down history of women who code. The first ever coder was Ada Lovelace [1815 - 1852] after all and most of the early "computers" were women. The boys thought that the interesting stuff was the well 'ardware - voltmeters, vacuum-tubes, screwdrivers and left all that typing and card-punching to girls which became software. Of course, when it became apparent that coding was mentally challenging, fulfilling, fast-moving and, well, the point of all the hardware then the boys stopped disparaging and started displacing. Even today front-end, user interface is considered soft while back-end, server-side is where the real men hang out. Serial misogyny since 1948. Grace Hopper - Margaret Hamilton - Margaret Dayhoff - etc. etc.

Another nice story is about the foundation, by Rusty Justice and Lynn Parish of Bit Source in Pikeville, in the Kentucky rust belt. This gave the lie to the easy dismissal of [ex-]coal miners as burly, dusty, not-very-bright rednecks. If they were clever problem solvers, after all, they would surely be financial traders in NYC. Not so, coal miners do very little with a pick and shovel anymore. They operate, tune, fix, optimize really expensive and temperamental equipment in adverse circumstances where time is money - miners are problem solvers. Bit Source has been hiring and training them as programmers, architects, designers, managers, support technicians, and SCRUM masters and selling their skills and insights across the US including Wall Street. Once-upon-a-miners get to stay in Appalachia and earn good money solving other people's problems. "I'm the only one I know who speaks hillybilly and javascript" YT5mins. 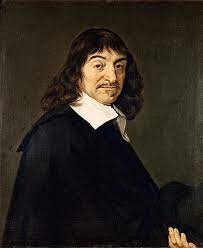 A couple of times Thompson indicates the wrong-headed folly going to college to read computer science or math or physics in order to ease your path into retire-at-thirty territory. Upskilling in C, Java, Python, CSS, SQL will only give you tactical skills. And that market is systematically undercut by hardworking coders in Bangalore. You'd be better off, and have better fun if you go Arts Block for your undergrad: history; languages; exegesis of scripture or the world literature canon; philosophy [R who?] will teach you cogito ergo sum. It will also expose you to different ways of seeing and force you to acknowledge that there are several ways to skin a cat. You can learn Java later. Liberal arts encourages strategic rather than tactical. And heck, if you don't make a million from thinking big at least you'll have the perspective to accept that pursuit of money is deeply unsatisfying.