I've complimented Rebecca Solnit on the quality of her semicolons but tbh her status as a public intellectual has been on the periphery of my attention. Which is silly because I've been content to be [a bit skeptically] washed over by the certainties of, say, Malcolm Gladwell or Steven Pinker.  Not Richard Dawkins, though, he can go preen himself.

Solnit is perhaps most famous for getting her article The Uses of Disaster: Notes on Bad Weather and Good Government on postapoc kindness published in Harper's on the very day in 2005 that Hurricane Katrina whacked New Orleans and the delta. She paid attention to the unfolding drama of the Cajun Navy of little ships rescuing strangers from rooftops to eventually write that up as A Paradise Built in Hell: The Extraordinary Communities that Arise in Disaster [2009]. Contrary to what social [nature red in tooth and claw] Darwinists believe, it is not always a dog-eat-dog world when disaster strikes.

I'm now turning pages on Hope in the Dark: Untold Histories, Wild Possibilities [2004]. Or rather a later [2015] edition with a long forward and some extra chapters to flesh out her theme. Grim as the world was when Bush&Blair sexed-up their data and invaded Iraq in 2003, a lot more shit passed under the bridge through the next ten years: polarizing political discourse and degrading the planet. 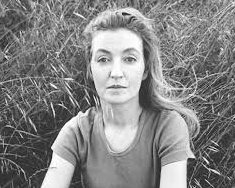 One point Solnit notes is the distressing tendency for us to identify The Other and then assume that they are the opposition. It doesn't have to be thus as she discovers when her fellow leftie tree-huggers from San Francisco are on an environmental workshop in a remote Nevada village and have to share the bar with <frisson> ranchers. Because ranchers and ramblers are uneasy bed-fellows in the wilderness. But over a couple of beers and a bit of listening, it turns out that the livelihood, the patrimony, of ranchers depends on keeping the landscape undegraded and they've been achieving this for several generations. The real enemy are real-estate developers and the military-industrial complex.
Posted by BobTheScientist at 07:36