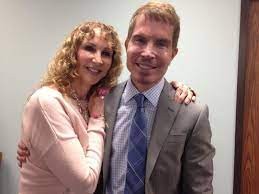 I am being battered by Pharma, Gerard Posner's [RR with wife Trisha the power behind the throne] 2020 800+ page hatchet-job on Big Farmer Pharma: the subtitle is Greed, Lies, and the Poisoning of America. which more or less says it all - S&S publisher's summary. Posner is a diligent investigative journalist who has written similarly chunky anti-conspiracy books on the JFK and MLK assassinations; so this sorry tale about price-fixing cartels, evidence fudging, bribery and patriarchy across the industry is a volte face in approach.

MegaPharm has seen the serial consolidation of thousands of competing pharmaceutical firms into a couple of handfuls of huge, rich, multinational conglomerates with turnover greater than most countries [there are 228 countries]. Ireland ranks 35th with a revenue of $93billion, but is disconcertingly pwned by the pharmaceutical industry with thousands of voter's wages dependent on pharma production lines across the country.

GSK Started small in 1830 as Smith & Gilbert . . . & Kline [1870] & French & Richards [1891] & Nathan [1947] & Horlicks [1969] & Beecham [1990] & Glaxo Burroughs Wellcome [2000]. There are, of course, economies of scale: big facilities are more efficient than small. But those big facilities demand more sales so that the [capital intensive] production lines are never idle. MegaCorp can reduce the wage bill on the manufacturing side by off-shoring production to Indonesia or Ireland but the herds of "detail-men" coursing about the country talking to prescribers in their surgeries are mostly white, mostly men and all on delivery bonus. Their salaries, and those copy-editting in the advertising department, are part of the reason for the handsome retail mark-up over production costs.

The other reason is the claim that developing novel therapies is intrinsically expensive . . . because novel - so many bright ideas scattered on the floor of Reality Station: failed at one of the many stages where the creative spark is walked up the hill to a safe drug that actually works to alleviate suffering. Doesn't work in a Petri dish; doesn't work in mice; doesn't work women; does work in some women but kills a disconcerting number of other women. Not to worry about that though, if the FDA prevents sales in the USA, there is a vast market in South & Central America.

It didn't have to be like this. Posner's thesis is that the growth and development of the American Pharmaceutical industry went in a particular direction because of Arthur Sackler:  a charmer who had a way with words and a relentless entrepreneurialism: so many companies, so many wholly-owned subsidiaries so many inter-dependencies. Posner had to become a forensic accountant to shovel through a mountain of documentation to determine that Sackler (or his brothers or his wives or his cronies) was the beneficial owner a named $$$ company with a registered address somewhere in America or Europe. He realised that doctors were the key nexus in the distribution of drugs: if you could get your product front-and-centre with a GP then there were potentially hundreds of sales to the doctor's patients. Direct mailing of promotional copy, often masquerading as objective impartial science, helped as did free samples to try on vulnerable patients. Side-effects? Contra-indications? there was nothing to be gained by emphasising those! And the detail-men who appeared, all smiles, in person: they were trained more in empathy than in evidence.

The competitive marketing which Sackler started and was taken up by everyone else in the industry - except The Losers - meant that far more scripts were filled than was strictly necessary. This worked serially for

The narrative proposed by Big Pharma is that only entrepreneurs can discover and develop new therapies and that profits from sales are ploughed back into the drug-discovery program. But actually, it's more profitable to develop a me-too drug as a slight variant of a successful product and fight that through the patent courts; rather than sit back and think real hard about a truly innovative therapy. I  recommend Pharma to anyone with a tendency to utter cries of rage and despair at the lives and treasure consumed on the altar of this Moloch. Don't come at this book for scientific explanations, however, as these are often sketchy: Posner went to Law School and didn't see the need to learn a PhD's worth of biochemistry under the cosh of publication deadlines.
Posted by BobTheScientist at 07:19