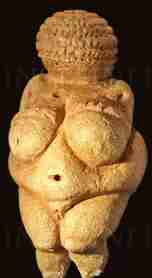 I've written before about the hardship of getting enough to eat when we came down from the trees and how this anxiety was represented in contemporary art. Numerous examples of these Venus figurines have been dug up across the world. The most famous of which is perhaps the Willendorf Venus which was discovered in Austria in 1908. The salient feature of these representations of the female form is steatopygia to indicate the fat laid down under the skin of the buttocks and the mighty thighs. In a time and place where calories were hard to come by, the ability to store fat was recognised as an indicator orf biological fitness. Fitness as in the ability to survive [adverse circumstances] and produce offspring for the next generation.  Our swallows Hirundo rustica, for example, arrived this year on 17 May 2017 which is well late according to our records. Nevertheless, they are going for a second brood even at this moment: I can hear the nestlings chirrupping for more grub as I write. I'm guessing this is because a drizzly wet August has bought out a glut of insects to feed on. To my mind, the Venus of Willendorf is peculiar, not because of her capacious bosom and love-handles but because she appears to be wearing a tea-cosy over her face (it goes all the way round).

Archaeologists have also deduced that the limestone from which she was carved came from 130+km NE in Moravia near Brno [near where Gregor Mendel worked]. And the workmen had to travel a further 150 km N to pick up the flints hard enough to carve the block.  This speaks to me more of trade rather than itinerant stone carvers. 280km transport of materials is by no means the longest. Ancient objects recovered in England and stored in the British Museum have been proved by Pierre and Anne-Marie Pétrequin to have started their journey from Northern Italy - more than 2000 km!

But enough of Central Europe! Today we're off island hopping to Greece where there is, between Paros Πάρος and Antiparos Αντίπαρος, a tiny islet called Saliagos Σάλιαγκος which until Byzantine times was the head of an Antiparonian peninsula. Indeed, this was one of the earliest sites in the Cyclades to have been farmed. The current islet is less than 1 ha.in size and was 'dug' by archaeologists Renfrew and Davies in 1965. Because they were going over the ground with tooth-brushes they recognised a marble pebble as being [part of] another mighty-thighed lady, who in contrast the the Willendorf Venus has decided to take the weight off her feet and is shown sitting down. Less respectful than an earlier generation of archaeologists, the figurine was dubbed the Fat Lady of Saliagos. I've chosen to show the explanatory drawing [R] that appears behind the actual sculpture in the museum on Paros: it's hard to make out what you're looking at in the real thing, especially as the head is missing and the right shoulder too. She is displayed facing front but someone had the bright idea to position a hand-mirror so that we may marvel at her behind - kallipygia indeed.  These islands ar not to be confused with Paxos and Antipaxos on the other side of the Greek mainland.

More islands
Posted by BobTheScientist at 07:14