We live in a dog-eat-dog world. The worldview in Ireland, UK and USA, the three countries where I've lived for the longest time, is that you have to live your own misfortune . . . unless you have insurance. Even having paid life or health or house insurance for years, you can still get caught with your pants down because of the small print [which nobody reads] exclusions.  In January 2010, our lane was washed away in a flood generated by 50mm of unseasonably warm rain falling on 30cm+ of accumulated snow. Snow packs 9 parts air to 1 part water. So that was a month's rain in a couple of hours, which amounted to 2-20 [hard to estimate the effective catchment] acre/feet of running water - which overwhelmed the drains.  It had happened once before in the Summer of 1997, so floods hereabouts don't come regular like the monsoon but when they come they run. Nobody else seemed interested in repairing the lane so that we could drive to work or get to the doctor. Accordingly we had to spend about €2,000 in fill, digger-time and surfacing to restore access to the outside world. 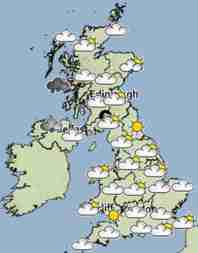 Last Tuesday 23/Aug a similar amount of rain was dumped on the NW of our green isle, especially on the Inishowen peninsula and widespread flooding resulted. A chicken farm lost all its stock drowned, bridges were under-cut and collapsed, sinkholes appeared in the middle of roads, all the equipment of a boxing gym was washed out to sea and many houses had water in their living rooms. When things happen in more than threes, it is worth politicians making a TV appearance and forcing the minority government to free up some money to restore the status quo ante or at least compensate the people for their losses. Quickly too, please, families can't survive for long without dry bedding, a fridge and a kettle to make a nice cup of restoring tea. If we had prudent governments they would anticipate such untoward events and ring-fence an emergency fund. But no government hereabouts can see beyond the next election and survives by handing money out rather than taking money in against a rainy day. We spent the 'Pension Reserve Fund' during the crash. The British press, with an excess of chauvinism, talked about damage in Derry, just across the border. As far as they are concerned there in no weather [see map R] in the Republic; on in France for that matter.

Could be done better, or with more compassion, or with more equity. Then again, there are many people who now live in houses which should never have been built there. In the Boom, planning went out the window as developers acquired sites in flood-plains. built house, sold them, went bankrupt later. What should we-the-tax-payers do about that? Because, with flood insurance, the rule seems to be one strike and you're out of the net. In some cases, the government can put in some infrastructure: flood defense berms or walls: the Feds are putting loads of dollars into that round Yuba City California. But it has to be cost-benefit QALY effective. If it's cheaper to knock houses and build them further up the hill, maybe the government could swallow some of its market-driven, self-sufficiency dialectic and help with that. Well shucks and jimminy, they found $42 million in the 1980s to relocate the plain people of  Centralia, PA when a subterranean fire made the town uninhabitable. If they can do it the land of the free, it can be tried elsewhere. Someone, preferably not a politician, has to make a call between bad luck and bad judgement.

The Inishowen event was apparently the tail-end of Hurricane Gert. Even as Gert was blowing out across N Europe, the next storm in line, Hurricane Harvey, was building in the Caribbean ready to deliver 1 m of rain to the coast of Texas . . . with added storm surge when the tides were coincident. That's 20x more rain than what overwhelmed the drains, roads and emergency services in Ireland last week but these things are somewhat relative. Yesterday I was, metaphorically, in Houston, looking at other deficits in forward-planning w.r.t. flood control and building houses downstream of the massive constructions that 500-year-storm flood control requires.
Posted by BobTheScientist at 07:11