My mother first came to Ireland  in 1950 as the fiancée of a rather jolly, sometimes tetchy, often witty Anglo-Irish naval officer. That would be the Royal Navy, because when my father was sent from his home in Co. Waterford to Dartmouth at the age of 14 in 1931, there was no Irish Navy. Indeed there wasn't even a Republic. Dunmore East was still 'home' until 1947 when my grandfather retired from his prestigious but under-paid job as Harbourmaster.  Anyway, my mother was shocked to see bare-foot children running about the dusty village streets of Co Wexford. That dust poured up through holes in the floor-boards of the car. She'd grown up in an English seaside town and was currently working in London where flush toilets and H&C running water were fitted as standard. Her war years were spend in uniform and she'd come up against British poverty and deprivation - and Englice and British bed-bugs. But to see it in the village where her in-laws settled in retirement was a bit too close for cozy acceptance.

That experience frames life in rural Ireland for me around the time I was born. My parents rented some dilapidated shit-holes when they were newly married but there was never any doubt that their children would have shoes year-round. People who actually lived in rural Ireland (rather than racist through on a two week holiday) had a different, not quite so jaundiced, lived experience. One such was Alice Taylor who was born on a farm in N. Co. Cork in 1938 and 50 years later wrote a best selling memoir To School Through the Fields. I've just finished listening to her read her own book through Borrowbox. The audiobook was published in 2017 when Taylor was nearly 80 years old; so it can get a little quavery. 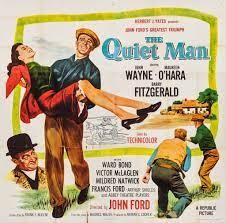 To School Through the Fields is definitely part of the Irish Nostalgia canon - perhaps selling more copies than any other book in the genre. There isn't much mention of shoes or their absence but it describe a life of remarkable self-sufficiency. The kind of back-water paradise that Eamonn de Valera wanted to foist on everyone who had a cross-roads to dance at. The Taylor farm grew wheat, oats, barley, spuds, cabbage, various sorts of turnip and a lorra grass: the grass was converted into milk, cream, butter and buttermilk by a sequence of cows. Turkeys, geese, ducks and chickens converted weeds, seeds and meal into enough animal protein to be a condiment to potatoes, cabbage and soda-bread. Oh, and two bonhams selected from the litter and fattened up on scraps, spuds and turnips to be slaughtered and salted down when winter set in. A paradise indeed if you like bacon and cabbage - and that would be me. Although I'll tell ya bhoys, all that salted pork gives your poor kidneys a run for the money

In 1950s Ireland, a lot of activities are achieved by meitheal = community action. Threshing the corn, saving the hay and killing the pigs were all chores where many hands make light work. Each family paid for their neighbour's labour by reciprocal work and reciprocal feeding on the work-days. Folks must have been keeping a tally on some level to ensure that nobody was free-loading. But that tally was only partly counted in clock hours: widows, the sick [tuberculosis was endemic in the 1940s and 1950s], fine singers and humorists were cut some slack in recognition that it took all sorts to make a happy community. Few communities would address the issue of acknowledged spongers by exclusion but rather vent their frustration by gossiping behind the perps' backs.

And children seem to have been indulged / fed by the whole community.