I had a pretty expensive education.  It concentrated more on nineteenth century European railways and the population, capital city and major exports of South American countries than on emotional development or the critical evaluation of political systems.  But at the end of 10 years of paying fees, The Brother and I knew a lot. Time to repeat joke:  Middle class parent receives bill for school fees with typo "€5,000 per anum" and says "Thanks but I'd rather pay through the nose as usual".  This sort of miscellaneous information, usually poorly integrated and often out of any context is the very stuff of pub quizzes and I've won some famous victories in that field.  Last Friday night we were invited to make up the other half of a team in a quiz that was raising funds for a cancer research charity called Relay For Life. Relay for Life is a now global phenomenon whose conceit is that a team of people will keep on the move for 24 hours, walking or trotting round a circuit in such a way that at least one person (relay) is active at any time during that period. If you think this a a good idea you may like to participate.

After round 4, we reflected that it was a win win win situation
I can share some of questions here easier than others. If 52 W in a Y = 52 Weeks in a Year, what do the following indicate? The 39 S; S W and the 7 D; 3 B M; 8 L on a S; 101 D; 1 S doesn't M a S; 18 H on a G C; The 7 D S; 360 D in a C; The 100 Y W.  Another round required us to identify 10 Irish counties from their disembodied outlines.  Self-educated Dau.II would have been a great help here, because she went on an identify-the-counties jag when she was a small child: training herself on a wooden jigsaw with each county a single piece, she could soon identify each of the 32 counties frontways, backwards, upside-down, rotated or reflected from its outline.  I think she could also do it in the dark by feeling the shape.  I thought this would be dead easy, but we didn't score 10/10: mistaking Waterford for Limerick, and Louth for Dublin and also having a debate about Roscommon and Kilkenny before finally getting it right. Red face, me.  You can see if you agree.

Not every table-quiz features a plateful of dingbats, but they are the quintessential fare for such events. It doesn't matter if you get it wrong; a partial idea can be bounced around a team to get the correct answer; wrong-wrong-almost-right kick-yourself-later answers are quite possible; sober people do far better than three-pints-down people. I don't know whether dingbats have reached Kiev yet but here's a sample (you have to find what English phrase is represented by the following cryptic rebuses): 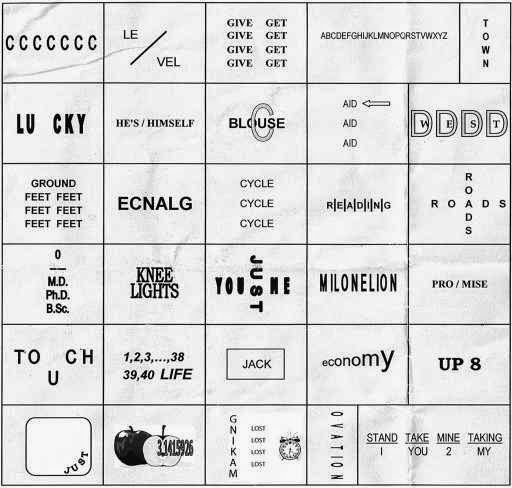 And here's the answers (no peeking until you're tearing your hair out).  We came in fourth and the winners, after a nail-biting set of tie-breakers gave their prize back to The Cause - huzzah!