Hey, let's all
I read Malcom Gladwell's book Outliers when it came out. Actually, I was given a copy by a palomino who thought it was the best thing he'd ever read and bought six copies off Amazon for distribution. Lots of people have a better crap-detector than me. I'm a credulous sort of bloke: things sound great if they are argued with confidence and fluency. Gladwell had been a journalist for more than 20 years when he wrote Outliers. You don't last that long in the Fourth Estate unless you have confidence and fluency; and Outliers is readable, compelling even. It sold very well: top of the NYT best-seller lists for 3 months. The key idea of Outliers is that, in any and every profession, you can only get to the very top if you engage in a helluva lot of deliberate practice - 10,000 hours is the baseline requirement. Other things help: native talent, genetic endowment, supportive family, money for lessons, inspiring teachers, ambition, and luck; but without the 10,000 hours you are likely to be at nothing.

At the very birth of The Blob in 2013, I used this idea, citing Gladwell as if that was an authoritative source, about Charles Darwin and his sojourn with barnacles. Immersing himself in the details of data for 20 years was an essential prerequisite for his ground-breaking later insights. That idea may be true in some cases, but the evidence for it being generally true is so thin that I should have been able to see straight through it. Part of the problem is ascertainment bias: you find a few elite players who have done their 10,000 but (consciously or not) ignore others who have sailed to the top without particular effort. 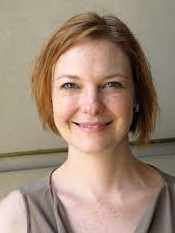 This-all has surfaced recently [Vox; ScienceAlert] because Brooke Macnamara [smiling R] and Megha Maitra [both of Case Western Reserve University, Cleveland OH] have replicated the original 1993 study [Ericsson, Krampe & Tesch-Römer 1993 Psychol. Rev.100, 363–406] that provided the scientific credence to Gladwell's hypothesis. The sample-size in both studies was woefully small: N=30 in 1993 and N = 13 + 13 + 13 = 39 in 2019 and dealt only with young violinists. That is 13 elite; 13 good and 13 meh players as rated by their teachers. And that's really not an objective assessment of the quality because some kids are just annoying to some teachers. But BM & MM have made more effort to incorporate double blind assessments in their study, and are definitely more aware of their bias. Seems that elite and good players practiced the same amount. They conclude that 26% of the variation in ability comes form the amount of practice-makes-perfick; that says that 74% of how good you are is attributable to luck, money and a loving Mum. That is a much more nuanced, less black &  white , answer than the Belgian study from 1993.

Ther problem is in the translation from science to popular discourse. Journalists in general and Gladwell in particular [he's generated more loot out of this than everyone else together] don't do nuance because they think it does make a good story . . . too complicated for their readers who are as stupid as a box of hair. And yes there is a downside because it puts labels on plain folk: not elite? it's because you didn't work hard enough . . . loser. The reality is that there are a rattle of people who are really good at [insert weird talent / skill here], who are effectively indistinguishable as to talent but that a handful of that cohort go on to get all the fame, fortune and groupies because of accidents of timing, luck or network. Like Harry Potter going viral and sucking in all the sales like a black hole.  [multiple previous blogoslags] And given how unreproducible the violin studies are, nobody should extrapolate to footballers, lawyers or bloggers. But don't ask me, I've only been bloggin' for 6,000 hours so I must know nothing.

That problem with the 10,000 hours and the Protestant work ethic trope (apart from having little evidence to support it) is it puts lots of people in a crap-hole feeling like the reason they aren't rock-stars is because their efforts were not enough. I am happy to report that my ambition genes were shot off in the war: since I was a nipper I 've been bumbling along in the second-rate bin [not 3rd, 4th, 5th rate, I know my merits too]. If we didn't tolerate a really unequal winner-takes-all 'meritocracy' where the 0.001% get a wholly disproportionate share of the pie, then everyone could relax about the glittering prizes and just have fun doing what they love. I really believe this.

Malcolm Gladwell will be donating all the profits for Outliers to I-SAD the Institute for Skeptical Assessment of Data . . . not!
Posted by BobTheScientist at 07:30