Abilene - a bad deal for all

Dau.I and Dau.II aka Thelma & Louise and I went on a million metre road trip last week-end to visit my aged mother. At least when we were aboard the ferry, we could all take our eyes off the road and have some downtime. Four hours is a long time to be looking at a featureless ocean and, as uncertain [puka puka] sailors none of us had the stomach to while away some of the time eating over-priced fish and chips. Someone had, however, thrown in a book of Times Jumbo Crossword Puzzles and we did a bit collectively towards solving the current puzzle. I was pretty sure of the answer to this clue:
34 Ac Town in Texas (7) A_I_E_ _
But checked on Google, to be sure to be sure which offered Abilene . . . Paradox. Which was intriguing because I'd never heard of it. 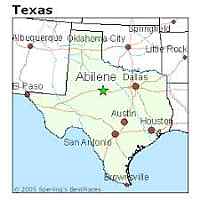 It turns out to be a malign subset of groupthink. Groupthink is where, in an effort to fit in with those around you, you find yourself agreeing to some daft or dysfunctional outcome. The Abilene Paradox is named for a story where one member of a family in Texas suggests driving the two hours in to Abilene [R it's a long long way to Abilene] for dinner. Another relative says that sounds swell. The next almost sounds enthusiastic and the final person agrees wholeheartedly. They head off to Abilene, get caught in a dust-storm, have a crappy meal at the only place in town still open and return home at midnight feeling 'dissatisfied'. In the post mortem, it turns out that they have all been really terrible in their ability to communicate their true thoughts and desires to their nearest and dearest. Assertiveness training required all round!

About 15 years ago, someone at work suggested that we might do a Kris Kringle = Secret Santa at the annual December office party. A couple of other people had heard about such things and a couple more had actually participated in one. Suddenly everyone is agreeing that we should all do this at the office party. I find the whole charade embarrassing and intrusive: the only value in doing a Kris Kringle is if you can use it to be intentionally and anonymously cruel to the people who really annoy you at work. KKs also came up with Dau.I and Dau.II on our jaunt through England. One of them suggested it was A Good Thing because it meant that you only had to buy one present for your workmates at Christmas.  Here's A Better Thing: don't buy any presents for your colleagues at Christmas: keep that sort of conspicious fatuous consumption within the family. Crappy [and hilarious?] plastic presents, which cost €5 and have a half-life of 5 minutes, do nothing good for the planet.

This is another peculiar example of how the human mind ticks in order to feel happy about itself - prev: Gell-Mann Amnesia.