When my Dad [dob 1917] was growing by inches in the 1920s, his career options were so limited that it was easy to map out its progression from leaving school to retirement . . . or death if that came first; as it tended to in the olde days - especially 1939-1945. A generation later, me and my sibs had much more choice but much less certainty about the outcome: jobs for life were by no means the norm at the end of the 20thC. All bets were off for the youngsters I taught at The Institute:  as smart but clueless school-leavers they might sign up for a [quasi-]vocational college course. But I assured them that, by the time they graduated, jobs would exist which hadn't been invented when they started the course in Food and Fermentation Microbiology or Sports Rehab.

About 20 years ago, The Beloved sent me to a day-long workshop in the National Concert Hall by management guru Charles Handy. This sort of guffology. But I do remember his advice to prepare ourselves for "portfolio careers" in a post-jobs-for-life world. Everyone should expect to experience redundancy, retraining, re-shuffles, mergers, acquisitions and new direction and each new position would require scrutiny of the portfolio of previous achievements.

When my aged in-laws moved into town their lives became instantly more convenient: post-office, pharmacy, grocery, two pubs and a dry-cleaners all within 100m of the front gate. But they were shaken loose from the rural neighbourhood in which they had been embedded & cosseted for 25 years. It wasn't a disaster if they forgot to put the bins out; but it was an inconvenience especially <pooeee> in high Summer. The Beloved reflected on how cool it would be if the town could rustle up a Bin Teen who could remember the bin-days of a clientele of ditsy elders; and in exchange for €1 each week put their several bins out reliably.  A bit like a shabbes goy who switches on the lights for orthodox Jews for whom this is [forbidden!] work on the sabbath. That's a nice little earner at better than minimum wage and an example of a New Job. 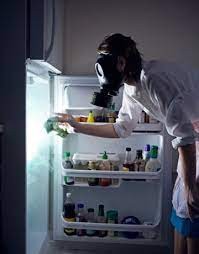 I was thinking about this after talking with a neurodivergent palomino. They were describing a bunch of tasks that habitually escaped their attention and therefore fell on their roomie's shoulders. Which didn't seem fair. Projects would get started, spread out on the living room coffee table, and pause uncompleted . . . so that neither of them could start working on a jig-saw, or put their feet up to watch the telly, for example. One issue was that over-catering was coupled with a capacious fridge and a new cook-project was always more exciting than making left-overs do for dins. <blink> <blink> and there was a strange miasma from the fridge corner [like R] and someone would have to shrug into a haz-mat suit and take stuff to the apartment complex dumpster. Same trustworthy teen who did the bins could be given keys and scan the fridge for almost gone food and shuffle it to the front of the fridge . . . or out to the bin. DINKie Californians have been doing similar for the last 20 years: their employee is called a dog-walker. Fridge-walker is another New Job: it just hasn't been invented yet.
Posted by BobTheScientist at 07:27