I do love a good polemic.  So I appreciated the sustained contempt in this essay in Slate about the lack of choice and/or grotesque lack of imagination which the several United States have sunk into designating their state bird. If the state legislatures are going to do this, could they not pick a different one each?  Clearly not: 10% of them have chosen a single species: Mimus polyglottos, and seven (!) others have chosen Cardinalis cardinalis.  Nicholas Lund has some great and eye-catching ideas for a complete re-jig of the system.  And what is the point anyway?  What do you do, if you live in Peoria IL, with the information that your elected reps have chosen the Cardinal to represent your state?

Europeans have got to remember that the United States are just that, not really much more like a single country than is the EU.  So you can see why each state might need a flag, an anthem, a motto - states have had such things since their leaders wore armour - and modern states probably need a website. After that it becomes a little twee.  Most of the states have a state . . . bird (as above), flower, tree, butterfly, rock, gemstone, animal. I'm not judgmental, so I'm not going to opine on where twee-but-sort-of-useless slips into absurd. And sometimes it's not so much the category - loads of (dairy) states choose milk as their beverage and Florida pushes OJ, all fairy nuff - as the choice. Wouldn't you cringe to know that your elected reps had designated kool-aid (NE) or Moxie (ME)?  Is that what they serve at state banquets in Maine?  Those of us who are old enough can remember certain murderous associations with kool-aid, so we're not surprised to learn that Utah has designated a state fire-arm. Browning M1911, seeing as you ask.

It's well known that Europe, particularly anglo-phone Europe, has for the last two generations been slavishly aping the USA in all things cultural, so I'm proud to report that the countries of the EU have stolen a march on Uncle Sam.  In an Order-in-Council published by the European Commission this week, it is announced that each of the states of Our Union now have designated underwear.  These choices are all unique, and informed by geographical area, climate and culture.  Note also that the order of precedence in the EU is determined alphabetically by the name of each country in its own first language.  So Austria is demoted from the top.  India has a similar system and West Bengal, fed up with being the last state called to vote in parliament and other indignities, is in the process of changing its name to Pashimbanga to get further up this list.

(1) if they're hungry they need something to eat (2) well 'ard the Finns
Phew, I'm glad that's over!  I've spent more time this evening finding out about underwear than I've spent shopping for the th{i/o}ngs in my entire life. Other folk spend much more time on these matters. The Underwear Expert, as he is proud to call himself has some advice for those making their 2013 purchases.  But is it “This season, many brands are embracing the most natural of spring colors with a number of green underwear styles and designs that emphasize man’s natural bounty.”  OR “While hot pink was a big trend last season for underwear for men; lighter shades of pink underwear as well as pink’s cousin, fuchsia, have emerged as the new trend for the spring season.” 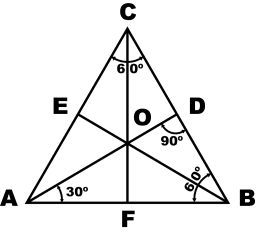