Logainm is a searchable database of the placenames = logainmeacha of Ireland. The island is partitioned into ~60,000 townlands - the smallest civil division available - ranging from less than 1 acre (Termonmagurk, County Tyrone 0.63 acres = 0.25 ha) to several thousand acres (Fionnán co Galway 7,500 acres (3050 hectares. That's smaller than a parish [2,509] let alone a barony [328] or a county [32]. Logainm.ie is briefed to document and archive all the geographical names in Ireland; I guess down to individual fields, streams, bogholes. Names have utility: sending The Chap out to cut hay, the Gaffer needs to indicate unambiguously where to start. It may also give clues as to past agricultural practice . . . and also maps with names are important for taxing folks! 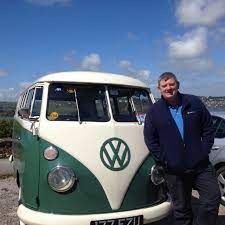 I've just finished reading That Place We Call Home by veteran RTE broadcatser and gaeilgeoir John "Creedo" Creedon. I got it via the family KrisKringle at Christmas last year, was gallopping along in January but set it aside to deal with a welter of time-limited downloads from Borrowbox.  Like my mother and Dover Castle, knowing something is available forever often encourages putting it on the long finger. Creedon has pitched a number of shows to RTE which involve him tooling round the country gabbing to the ordinary folks he encounters to investigate the local peculiarities of geography and history. This book is a sort of distillation of a couple of decades of turning up, listing and being interested.

I'm interested toponymy & etymology, so this should be my jam. The story often hinges on the dilemma about whether to translate or transliterate Irish placenames to generate a pronounceable English equivalent. Take Baile na gCailleach, as Creddon does on p78. This is the town of the nuns / women of mature age / hags. We've had nuns for longer than you or I can remember so there are many examples of Baile na gCailleach about the land. But Anglophication has taken many different patths: Collinstown WH; Ballynagale WX; Calliaghstown D; Collierstown Duleek MH; Callystown LH; Ballynagalliagh SO; Ballynagally LK; Calliaghstown MH; Ballynagalliagh KE; Collierstown Kells MH; Collierstown MH; Galliagh DY.

Our hill [one of the many] Knockroe[s] is clearly Cnoc Rua the red hill but is that the red-brown of dying bracken Pteridium aquilinum or the pinky-purple of flowering heather? Erica cinerea and/or Calluna vulgaris? And on colour, I was paying attention to the signage when I was last on the Waterford coast and twigged that Benvoy is An Bhinn Bhuí = the yellow cliff presumably named for the yellow clay exposed by the eroding cliffs.

Son Creedo's book is not an academic treatise, nor is it peer-reviewed science. But it's not a trivial skim across the landscape either. So many places are revealed and named that, unless you are already fluent in Irish, you're sure to learn something new about the places with which you are familiar.

Posted by BobTheScientist at 07:06