BBC has a polemical documentary about reducing food waste. The compelling statistic is that a third of greenhouse gas emissions are due to food rotting away because it cannot be sold or won't be eaten. And a quarter of food-grade food never gets eaten. 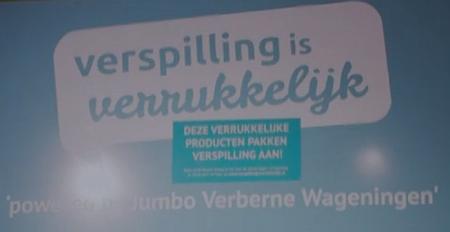 Verspilling is Verrukkelijk = Waste is Delicious is a food recycling scheme invented by Jumbo, a Dutch supermarket chain. TheyToo good to go 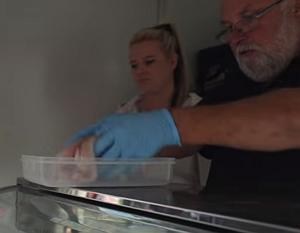 Here's a Tasmanian family, home-educating who have refused a plastic life and go shopping with bottles and cotton and paper bags which get used again and again. Actually, they have plastic snap-lid containers which get filled at the butcher and fishmonger [as R], so their beef is zero waste rather than zero plastic and they have been trundling along in that mode for 3 years. Home education must make it easier to get compliance with /from the three daughters-of-the-house a) because their home ed pals are quite likely to be on a similar trajectory b) because they aren't subjected to an invivious amount of peer pressure [to get the right shoes, right phone, right play-list] at school. But some of the trotted stats boggle the mind "the average Australian family generates enough waste to fill a 3 bedroom house every year". I've just spent 2 nights in refuse-collection land with Pat the Salt my aged father-in-law. We put out a brimful 240 lt wheelie-bin on Wednesday morning that's 240lt [¼ cu.m.] * 52 weeks = 12 cu.m.  That's only the smallest bedroom full, not an entire house, cobbers. 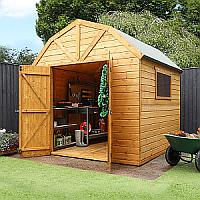 Here's another supply and demand problem if you're British. BBC Newsnight reports that hoarding and stockpiling will be at nothing, unless it's garden furniture and safe to be left out in the rain. There just isn't the warehousing capacity to store the food and medicines needed to buffer a crash-out Brexit. But no competent prepper would put any trust in The Man to ensure enough bread and booze in the shops; nope! they will have bought a garden shed [as L 8ft x 8ft, = 6 sq.m. volume ~= 15 cu.m. a snip at £900 delivered] to store the beans and ammo. That's about 20,000 500ml tins of lager one-a-day for 50 years. But after the apoclaypse it won't just be beer and skittles; we'll all need beans as well. A tin of beans being slightly shorter but slightly stouter than a tin of lager, the same shed can store about the same number of bean-tins.
Posted by BobTheScientist at 07:24