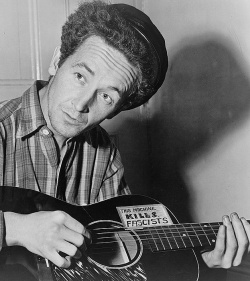 In the spirit of the sticker on Woody Guthrie's guitar "This machine kills Fascists" we're going to doff a bonnet to Violet Gibson, of Merrion Sq, Dublin who attempted to assassinate Benito Mussolini in 1926. Il Duce turned his imperious head as Gibson aimed her pistol and fired. The bullet snipped the bridge of his nose and Gibson was bundled to the ground and off the stage of history.

Although born with every advantage as the daughter of The Patriarchy The Lord Chancellor of Ireland, the most senior person in the Law, Violet was "troubled" and had suffered a "nervous breakdown" at least once before an angel steadied her arm to point it at the Italian head of state. Like Gavrilo Princip = Гаврило Принцип, who successfully offed Archduke Franz-Ferdinand in Sarajevo in 1914, she died in custody rather judicially. Princip died of TB in jail in 1918. Gibson wasn't charged in Italy but deported "home" to England where she was committed to a psychiatric hospital, St Andrew's in Northampton, and existed there for another 30 years. She died as she approached her 80th birthday in 1956.

This story has been one of many obsessions of actor, politician and self-publicist, Dublin Cllr Mannix Flynn. Last month his machinations succeeded in installing a plaque on Gibson's childhood home. Flynn has a reputation for punching down on cyclists and NIMBYing the homeless, so it seems of-a-piece [ie slightly unhinged and resolutely against the flow] to be rehabilitating a supposed anti-fascist who died before he was born. Cue Woody: a genuine card-carrying undeluded anti-fascist.