I was born close to the Summer solstice in Dover, in the extreme SE corner of England.  That summer, maybe that month, an eighteen year old American cycled through Dover to the ferry-port from North Wales on the way to Germany for a vacation/adventure. The cyclist's father was serving in the USAF at one of the many air-force bases that littered the landscape of England in the 1950s. Se non è vero, è ben trovato because I too was a service-brat and our lives later became entwined. When we did meet I was 20, in my final inauspicious year in Trinity College Dublin, signed up to do a research project that required technical competence and enormous reserves of patience. Neither of which spring to mind when people think of me.  This sorry situation was saved by the timely appearance, as a Deus ex Machina, of the once-upon-a-cyclist, who was now installed as a visiting lecturer for a year in Dublin on a Fulbright Fellowship. He still had a bicycle but he'd also acquired a wife and two children, a PhD from Harvard and a house in the Boston suburbs. He gave a series of lectures about the interface between genetics and history which were poorly attended except by me. Such discipline-bridging ideas were meat-and-potatoes and fine champagne for me and I scarfed it all up.  After a few weeks I was able to switch projects and I spent the rest of the year in something close to nirvana: tooling round the island gathering genetic data and attempting to put it into a historical context.  With my new mentor's support I presented some preliminary analyses at the Spring meeting of the Irish Geneticists.  An under-graduate could do that sort of thing with credibility in the 1970s; it would be unthinkable nowadays. Again with his encouragement and support, I applied for and was awarded a scholarship from the Donegal Historical Society and the winter after I graduated, I spent a few weeks living in a freezing caravan near Killibegs augmenting the data I'd gathered for my student project.

We kept in touch, by letter, often sent to me poste restante because I didn't always have a sensible place to stay and somewhere along those months, he stopped being Professor Todd and became Neil. He suggested that I might like to do a PhD with/under him in Boston.  All I had to do was rustle up the first semester's fees and I could wing the rest with teaching fellowships. I worked long, wet hours, and not without hazard in Rotterdam Zoo until I had grubbed my stake for Boston University.  The fees were the absolute end of my money and so I was taken into the bosom of Neil's family and lived for the next couple of years in his cellar.  Joining a hall-of-fame of miscellaneous oddities who inhabited the space before and after me including a family of Chinese orphans discovered on the Want-Ads at the local supermarket, a sooty mangabey Cercocebus atys rescued from a Boston brothel, and a champion bench-presser found in the local library. 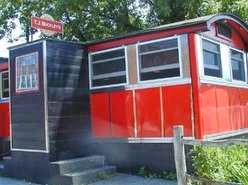 I learned a lot from Neil.  Insofar as I write clearly it is because of his  "Don't write run-on sentences".   I learned that you don't need to organise everything in advance: you can always fix things when you arrive - be that fees for college or hotels in a foreign country: we often travelled across the Atlantic on stand-by because it was far cheaper than being certain when and if you would travel on a given day.  He was, and I became, bi-polar with money: thrifty to often absurd levels and then open-handedly generous when the occasion demanded.  We were doing field work in Brattleboro VT and after an evening's work needed to find a place to eat.  We had developed the habit of seeking out traditional diners where you could fill up on meat-loaf and spuds for very little, so we headed out towards a tiny barrel-topped building on top of a small hill the other side of some waste-ground.  When we arrived it turned out to serve food but at gourmet prices and without meat-loaf on the menu.  I was for trying elsewhere but Neil insisted on taking what the Fates delivered and we ate famously well that night.

Neil was my mentor, supervisor, unstinting supporter and friend and he died this last Sunday after a long illness.  A great ragged hole has been torn in the fabric of my life.
Posted by BobTheScientist at 07:10