Some things have changed, changed utterly, for the better in my lifetime. We don't normally hit children with sticks anymore for example. More than a year ago, I wrote about a sorry tale of racism that would never have stood up in court because "nobody died" or saw a flaming cross or became strange fruit.  Because the 'beneficiary' of this casual racism was a colleague and friend of mine, I felt the pain a tiny bit more than if it had happened to a stranger, but I was not under any illusion that I was close to experiencing the morale-sapping, never-ending, stupidity that he experienced on a daily basis. Partly this was because, as one of the last taboos in civilised middle-class society, we never talked about it.  He had a far better tan than me , but I hope I treated him like that didn't matter.  This taboo obstreperates into our life and language. In our rather small community of graduate students at The Institute we have two Jims. To avoid confusion we have to give them some sort of differentiating label.  I can refer to Tall Jim, New Jim, Jim the Worm, Numerate Jim, even at a pinch Blonde Jim, but of course nobody says Black Jim or Pink Gin Jim although that is their most striking difference. One of them is going to have to change his name!

There is a  current rising tide here in Ireland to equalise the rights of homosexuals to such things as marriage with all the tax-breaks that entails.  On a television talk show a couple of weeks ago a chap called Rory O'Neill, a gay-rights activist and drag-queen who goes by the name Panti made an outrageous suggestion.  He said that people, and he named a few, who opposed this change in attitude, were homophobic.  Huge flap!!  You can no more call somebody homophobic than you can call them racist or a Nazi.  Why, it's worse than calling them misogynist. A right-wing think-tank called the Iona Institute weighed in and offered to sue RTE, the state broadcaster, for defamation.  RTE has made a few mistakes in recent years which have been expensive to rectify, so at the first whiff of righteous indignation, their lawyers and accountants caved in and shelled out €85,000 in compo to the aggrieved homophobesphiles.  Spineless but probably cheaper in the long run and we don't have much money nowadays. In science you're not pushing the envelope unless you're wrong occasionally. We rely on journalists and investigators at RTE, the broadcaster with by far the biggest clout in the country, to lift the rocks of our society . . . and we need the management of RTE to support them in their necessary task.

So far so boring and predictable but the storm gave us one of the great polemics of our times from the stage after a performance at the Abbey Theatre.  You can hear the whole grand sweep of it here embedded in an article by one who has more reason than me to empathise. One who also has a future in great headlines!  In one section of this peroration, the absurdly, grandly, statuesque Panti resents being told, by the bien pensant goodniks who think he needs to hear their opinion, just what he should be feeling and when the boundary has been crossed into unacceptability. It is as raw an expression of shame and anger and humanity as you'll hear this year.  If you've ever felt a frisson of revulsion at the thought of two blokes kissing (you never see such a thing in this country unless Brokeback Mountain is showing at the Plaza), and you think you are open-minded and tolerant and basically nice, then you should listen to how the other 10% feels.  Fintan O'Toole who isn't a drag-queen and writes for the Irish Times was more measured in his assessment.  His point was that Breda O'Brien, and John Waters and The Iona Institute were swimming against the tide of history to continue to hold values that are just wrong for any future that the rest of us want to live in. The timeless plays of Euripides and Sophocles, the philosophy of Socrates and Plato, the heroism of Xenophon were all built on Athenian silver mines where slaves bent-double hacked at the rock by the light of sputtering oil-lamps until they died of arsenic poisoning.  Civilised people don't do that anymore, civilised people are ashamed that anybody could be treated like an untermensch, that they could be deprived of the rights that the rest of us enjoy in the full light of day.

It was interesting yesterday morning to hear another pundit on the wireless telling us that children liked to have discipline (no hitting implied!) imposed on them - it made them feel safe.  He was billed as an expert with 30 years experience in child welfare but his opinions are just opinions and his Platonic ideal of "children" who (all) want the discipline that makes them feel safe had my skeptical antennae revolving so fast they whistled.  I was a child once, my needs and desires were peculiar to me and different from those of my twin sister let alone a generic other child in a different family/country/social class.  If I was a child listening to this unsupported assertion, I would feel a sense of indignation at the presumption that this adult, nearer to his second childhood than to his first, should presume to know what I felt and needed. 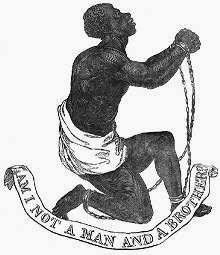 Why was he being given a platform?  Because the NSPCC was publishing the findings of a survey about attitudes to hitting children. Seems that 62% of people in Ireland think that striking children is already illegal.  It's not. Three-quarters of us recognise that this sort of thing is not only cruel and asymmetrical but it is ineffective.  But these are easy. We can see that slavery is wrong; we've agreed that women aren't chattels; that hitting children does nobody any good; that it's stupid if you don't hire people simply because they are dark or fat.  The difficulty is recognising and discarding those unconsidered certainties and 'necessities' that we just can't see.  Eating meat? Sectarian parades in Ballymena? Free clean water from your tap? Bedrooms? The right to life?  Microwave ovens? Underpants? Foreign holidays?

Anyway - good news - even if the law doesn't change, publicity surrounding the NSPCC survey will mean that fewer small children will be punched, slapped, smacked and poked this weekend.

Posted by BobTheScientist at 06:42